A total of over 100 companies have introduced Autify

In half a year since the official release, the number of companies that have introducted Autify has exceeded 100 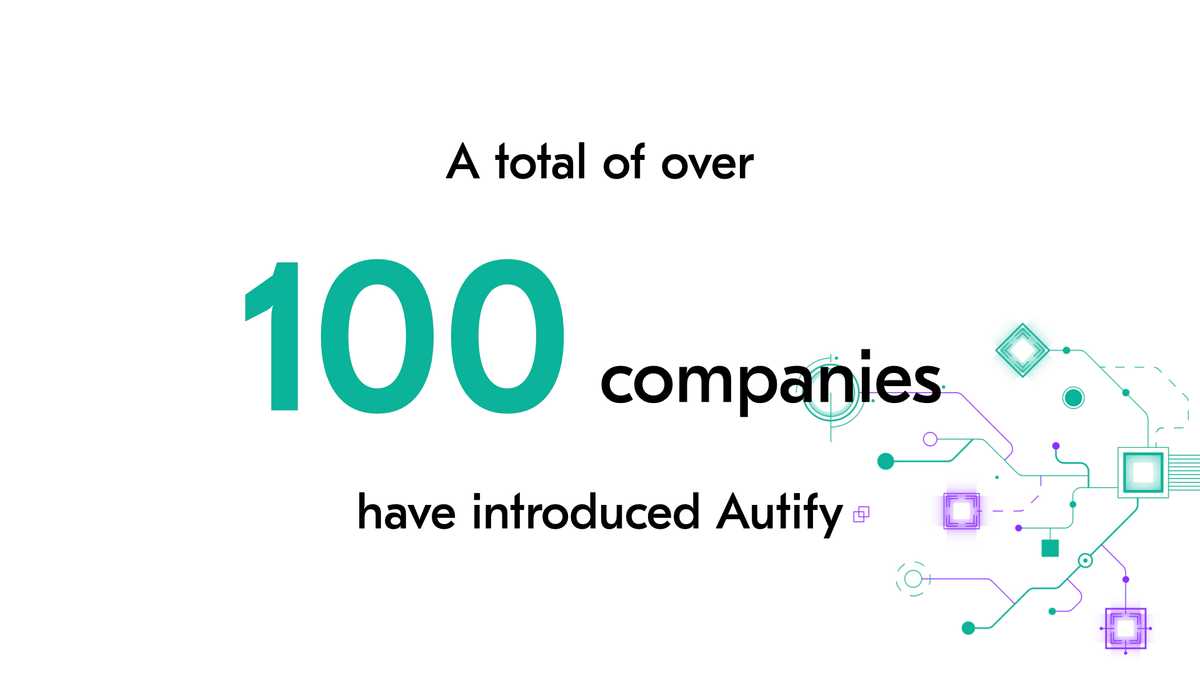 Authify Co., Ltd. (Headquarters: San Francisco, US, Japan: Chuo-ku, Tokyo, CEO: Ryo Chikazawa) announces today that the total number of companies that has introduced Autify, the software test automation platform which uses AI, has exceeded 100 globally, within 6 months since the announcement of the official global launch.

Since the release of the beta version of Autify in March 2019, we have received many valuable feedbacks from our customers and have been continuously updating the features. Six months have passed since the official launch, and various customers in Japan and overseas are using Autify, regardless of the company size and industry.

Autify allows you to easily create and maintain test scenarios without writing code, making it easy for non-engineers to use. It is highly regarded as a solution that solves the fundamental problems at the development site, contributing to streamlined work and cost reduction while securing test operation. 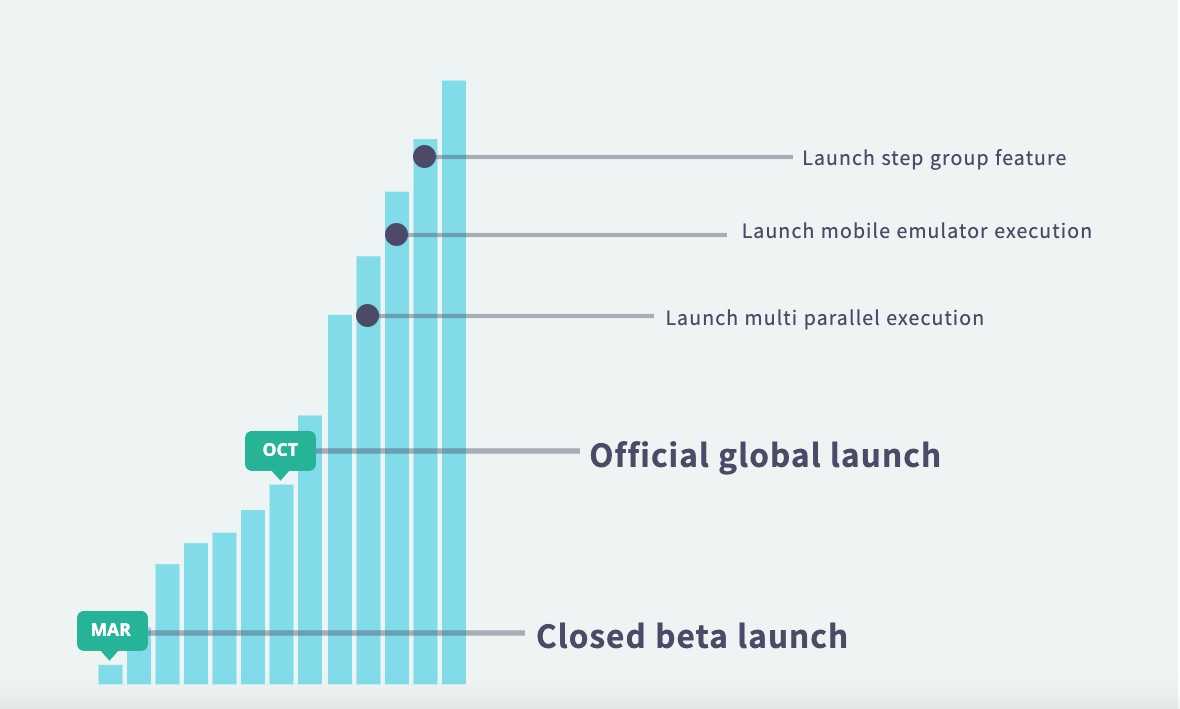 Changes in the number of companies introducing Autify

Going forward, we will continue to accelerate the development of functions based on customer requests and work to strengthen our services and support structure so that we can provide an improved software testing experience.

Major companies which have introduced Autify

Currently, from startups to enterprise companies, we have been widely adopted by the following industries, mainly by companies that promote agile development and accelerate the software development cycle.

“GA technologies has adopted Autify as a test automation tool for the QA team. With the ability to create test scenarios very easily and run cross-browser tests including IE, the team can routinely take on automation of tests. As a result, we have created an environment in which we can concentrate on work, which is to improve quality without slowing down the release of services. Autify has changed not only the way we work but also our world view. From now on, I would like to concentrate on service even more and promote proactive quality assurance. ” 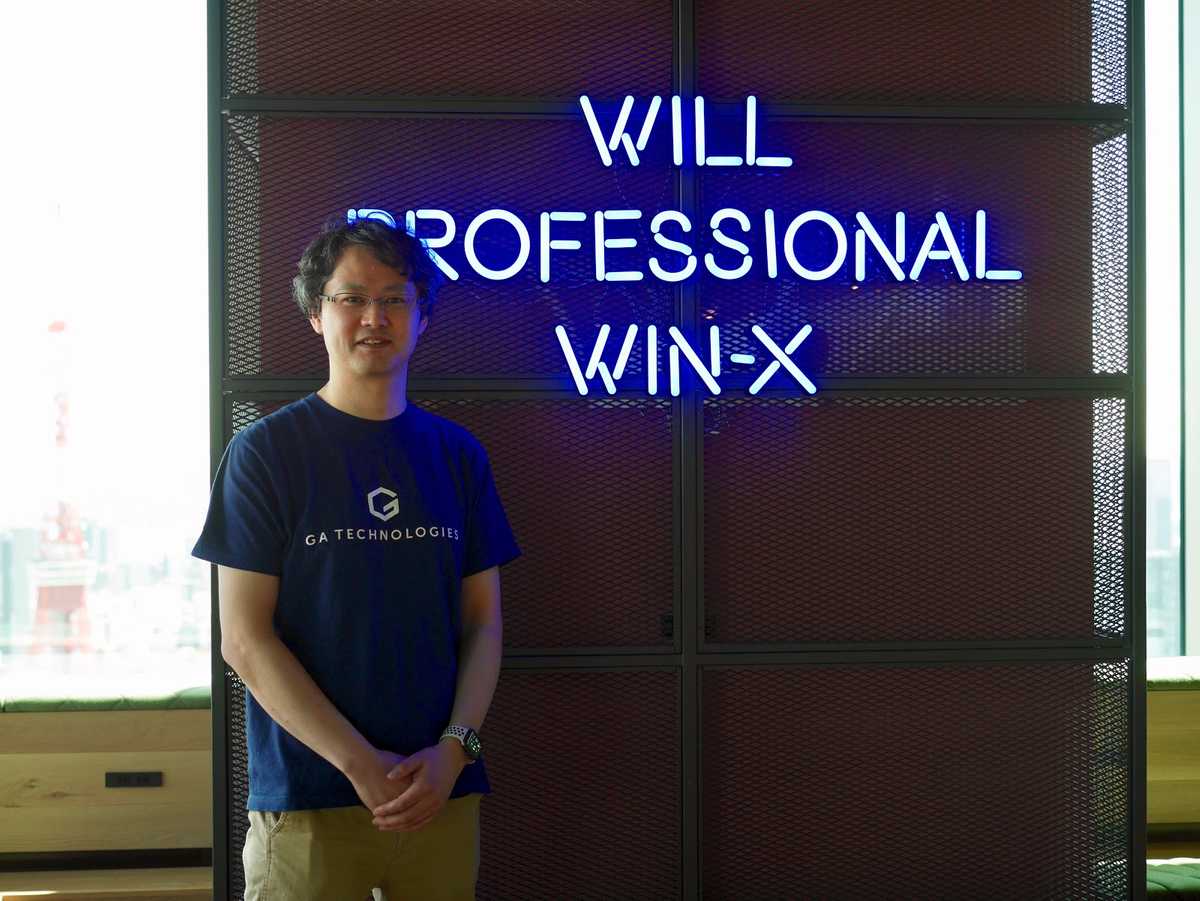 Autify allows anyone to easily automate the verification of web applications without writing any program code. Conventionally, software tests were prevented by labor shortage, high maintenance cost, and technical difficulty. Autify solves this problem by three approaches: no-code, AI, and customer success, enabling a cost reduction incurred in these tasks.

As always, we will guide customers who have applied for a demo request on a first come, first served basis. In response to an increase in work from home, we have started offering a one-month free campaign from April 14, 2020. We look forward to hearing from you.